165 Customs duties are much more ancient than excise duties.   166 The gains of foreign merchants were looked on more unfavourably than those of English merchants.   167With this distinction, the ancient customs duties were imposed equally on all goods, necessities and luxuries, exports and imports.   168 The ancient customs were divided into three branches.   169 That system gradually came more into fashion.   170 I showed in Book 4 that the mercantile system was not very favourable to the people's revenue or the national annual produce.   171 Because of the mercantile system, the importation of several goods was banned.   172 The high duties imposed on foreign imports encouraged smuggling in many cases.   173 The bounties sometimes given on the exportation of home produce and manufactures, and the drawbacks paid on the re-exportation of most foreign goods, have created: To obtain the bounty or drawback, the goods are sometimes sent to sea then clandestinely re-landed in another part of the country.   174 Because of heavy import duties, our merchant importers smuggle as much and record as little imports as they can.   175 All imported goods are liable to some duties of customs unless exempted.   176 It is unnecessary that every article of that expence should be taxed just so that everyone can contribute to the public revenue proportional to their expence.   177 The foreign articles of the most general use and consumption in Great Britain presently consist chiefly in: These articles presently afford most of the revenue drawn from customs duties.   178High taxes frequently afford a smaller revenue to government than moderate taxes:   179 When the reduction of revenue is caused by the reduction of consumption, the only remedy is to lower the tax.   180When the reduction of the revenue is caused by smuggling, it may be remedied:   181 The excise laws obstruct and embarrass the smuggler more effectively than the customs laws.   182 The importer of commodities liable to any customs duties could be allowed to carry them to his own private warehouse or to lodge them in a warehouse at   183 Taxation would always be an instrument of revenue and never of monopoly if: A revenue equal to the present net customs revenue might be drawn from the import duties of a few sorts of goods of the most general use and consumption.   184 If by such a change of system, the public revenue suffered no loss, the country's trade and manufactures would certainly gain a very big advantage.   185 Sir Robert Walpole tried to establish an excise scheme on wine and tobacco similar to my proposal. 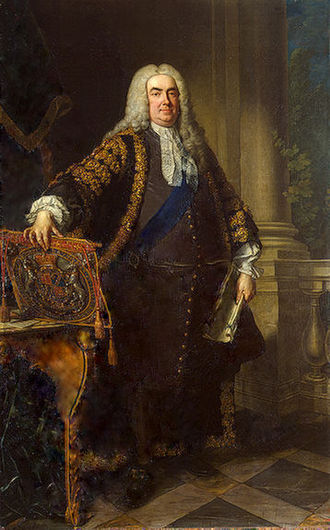 186 The duties on imported foreign luxuries for home consumption sometimes fall on the poor.   187 The duties on the cheaper luxuries for home consumption fall equally on all classes in proportion to their respective expence.   188 The whole consumption of people in the lower and lower-middle classes are much greater in quantity and value than the consumption of those of the middle and upper-middle classes. 189 It must always be remembered, that it is the luxurious and not the necessary expence of the lower class that should be taxed. Words: 3,030