Note: The original version of this post was written in January 2016 which describes economic patterns by combining social cycle theory with Adam Smith's maxims into a single predictive model. It has been rewritten here to be more concise.

In my earlier posts, I designated 2019 as the spark of a global stagflation. This stagflation will increase from 2020 onwards up to 2030 when it will reach its peak, culminating in some kind of conflict. A stagflation is a phenomenon which has low employment and output while having high prices at the same time.

A Primer: The Metaphysics of Societies

According to Eastern social cycle theory, history repeats itself because humans are bound by Nature which is dualistic in itself. Nature is dualistic because existence necessitates two forces: a creator and a 'createe'. A universe with just a creator and no creation is worthless, while a universe with just creation and no creator nor maintainer will cease to exist instantly if ever it could exist.

In Taoism, this duality is called Yin and Yang. In Hinduism, it is called Shiva and Shakti. In Western Christian philosophy, this is roughly similar to God and the Devil (I make this analogy even though this Christian perspective is absurd, just to associate the eastern idea to something familiar to the reader). This interaction between the two forces creates a recurring pattern while their existence is in force.

The Pattern of Societies

David Hume explained that, among human organisms, the concept of the self arises from human experiences which come from human senses which are limited by nature. When you buy a stock, you won't know if its price will rise or fall because you cannot sense all thoughts of all the other buyers and sellers of that stock. So you buy it based on your own limited sensory experiences. 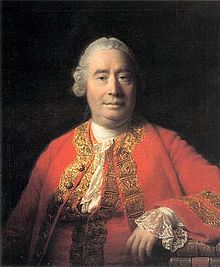 David Hume is the big daddy of our Metaphysics of Things, SORAnomics, and Superphysics.

Through time, these desires and experiences form a pattern which manifest as social cycles, just as a person has his daily or weekly or annual routine while he is alive. Our social cycle model applies on all events, but is easiest applied on presidential elections and economic events since they have very granular and detailed data as votes and prices, respectively. It can even be applied on sporting events because a team is also a society-organism made up of its team members and the score is the objective data that can be modeled.

Basically, the model starts with data from the 13th century as written by David Hume and Adam Smith, who also happened to be historians. I then filled in data from the 18th century, after Hume and Smith died, up to 2013 in order to see if the social patterns continued. If a stagflation does spark in 2019, then the pattern would be continuous. Note that such a pattern really represents the cycle of Western society which has imposed itself on the rest of the world through the colonial period, which then established itself as our current political and economic systems. The cycles of China might be different, meaning its stock bubbles are its own thing and not really a part yet of the Western cycles which we are predicting here.

The Coming Stagflation is a repeat of the 1930's Depression, but with inflation

The ultimate cause of the depression was that the rich people from the Roaring Twenties wanted to be even richer, so they invented stock speculation (borrowing on margin) and imposed tariffs on imported goods. But Adam Smith said that societies have a natural level of productivity. If you exceed this level, you will be getting nothing back, and this nothingness (no revenue to match the investment) manifests as a crash. And that's exactly what happened in the Great Crash of 1929.

In businesses which can only be transacted with money, that money can always be found. If they do not find it, their failure is caused by their unnecessary and excessive enterprise, not of their poverty. It is not because they are poor that their payments are irregular and uncertain, but because they are too eager to become excessively rich.The Wealth of Nations Book 5

Suddenly, the US economy became nothing and the US society-organism became weak. This empowered German, Italian, Japanese, and Soviet society-organisms to push their own experiences as Nazism, Fascism, Bushido, and Communism respsectively, leading to a metaphysical clash of ideas leading to a physical world war (David Hume wrote that mentality creates reality).

By applying Adam Smith's economic metaphysics, we can say that the 2008 Financial Crisis had similar dynamics as the 1929 Great Crash and secular stagnation is the current version of the Great Depression. Investment banks were already rich, but they wanted to be even richer so they invented speculative derivatives which would return no revenue. [Added in 2018:] Likewise, America is already great, but Trump wants to make it even greater through a trade war and this will actually make America worse off.

The difference between the current stagnation and the 1930's Depression is that the latter had a gold standard which prevented inflation. The gold standard was removed in 1971 and so the natural outcome should manifest as a stagflation. In a Depression, there is no circulation of money and so there is poverty even affecting the wealthy. But in a stagflation, there is still circulation of money but it only circulates among the rich, which then leads to inequality. You can say that 'poverty' is like the difference between 0 and 100, while 'inequality' is the difference between 50 and 150. The difference in both is 100, just with different base values. However, inequality is more tolerable than poverty and that is why the current stagnation can be stretched to 20 years. 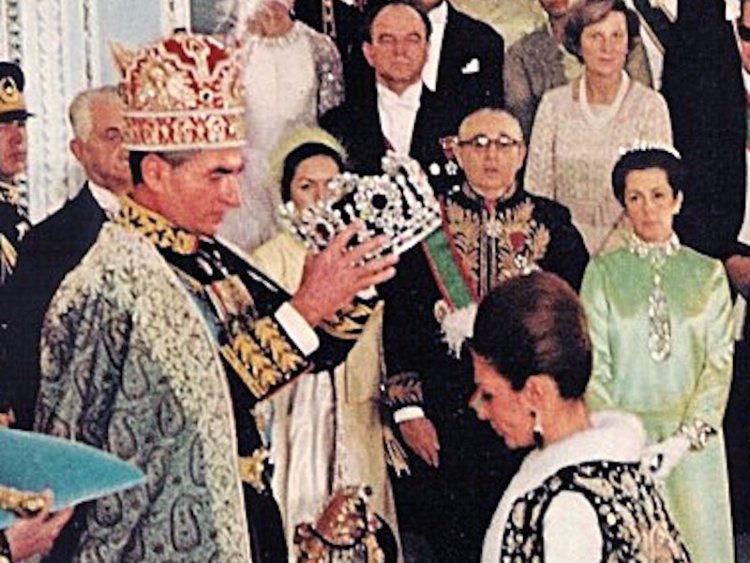 A visit by Imelda Marcos to the Shah's Iran in 1971. The shah was deposed in 1979 while Marcos was overthrown in 1986 after plunging their countries into poverty and inequality.

In the 1970's, those rich were the oil companies and the Arab states who suddenly became rich from having more petrodollars from rising oil prices, and the dictators of Latin American countries who suddenly got a lot of loans from those excess petrodollars.

The end effect depressions and stagflations are conflicts or wars, since they are the only ways for the mind to naturally relieve itself of the oppression from poverty and inequality. This in turn is caused by the fact that our species evolved from monkeys and monkeys do not want inequality. The 1930's Depression was relieved by World War 2 and the 1970's Stagflation was relieved by the Arab-Israeli conflict and global Communist insurgency. 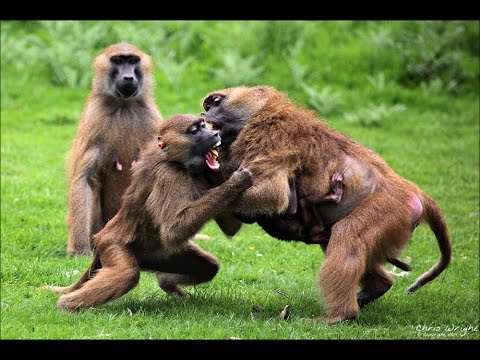 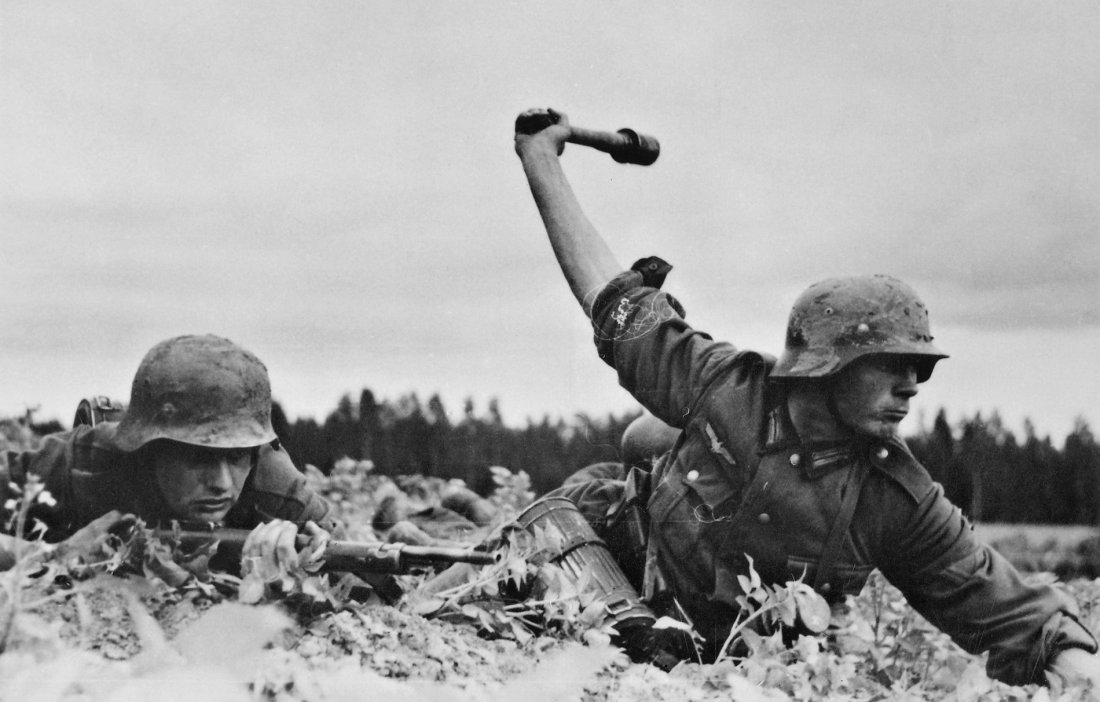 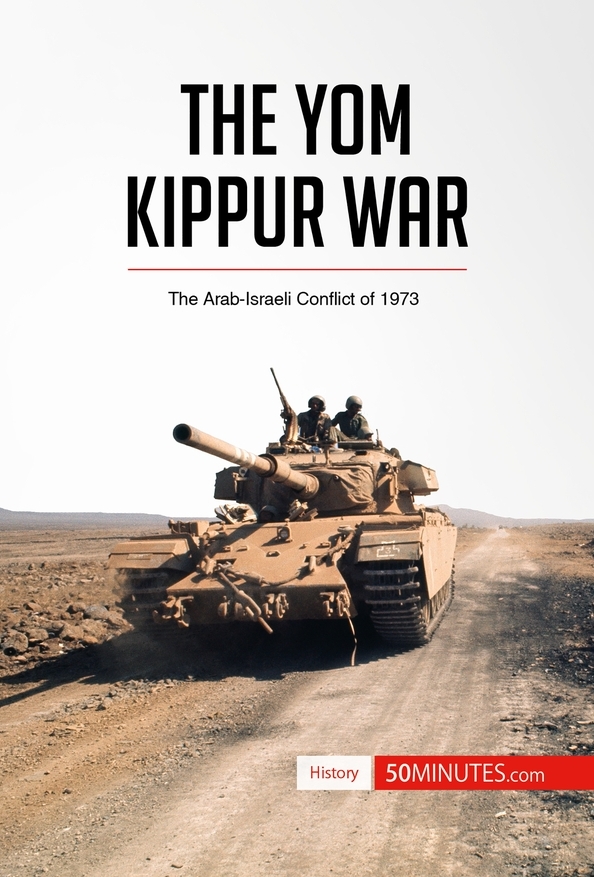 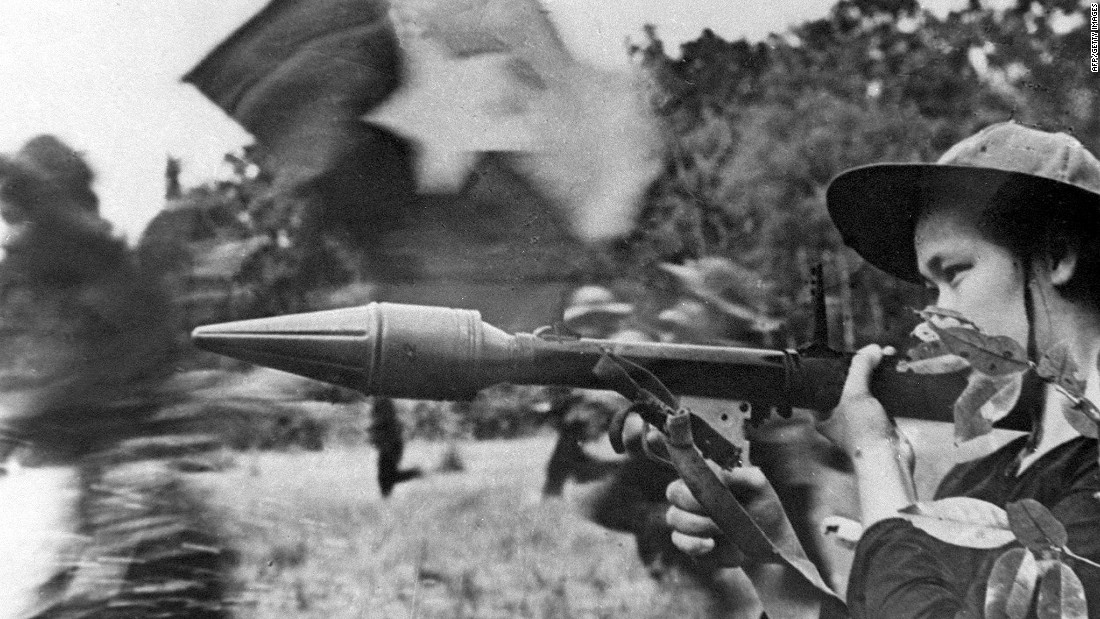 *As a monkey-based species, war and conflict is the natural solution of humans to injustice whether political or economic. Note that the greed which creates crises in the first place are also monkey-based propensities since we do not see cats and dogs fighting over objects.

Secular Stagnation is here but real Stagflation is still coming.

The stagflation of the 1970's where characterized by high oil prices and inflation. My model predicts that this will also happen after 2020 since the only way for investors to get revenue in a no-revenue situation is by squeezing it from the people directly through commodity prices, since everyone needs commodities like oil and food. You could say that, in order to reach its profit targets, the society-organism starts to cannibalize value from itself instead of creating new value. This happened in the 2007 oil and food crisis and just before the French Revolution when Louis XVI squeezed the French.

The IPO of Saudi Aramco fits the model's prediction.

Based on the patterns of society-organisms, here are the original predicted manifestations of the crisis versus the actual or likely ones. As you can see, the model is right on schedule. However, the impact of those events are quite muted or much weaker than anticipated. This is because a third force called cryptocurrencies has taken some steam away from the normal bubbles onto its own. To solve this, I created a new model that takes into account blockchain with whatever little data is available. Capital seems to be headed either towards cryptocurrencies or Modern Monetary Theory-Green New Deal (MMT). The blockchain-added model will be for a crypto scenario, while the original model will be for the MMT scenario. Either way, the timings seem correct. 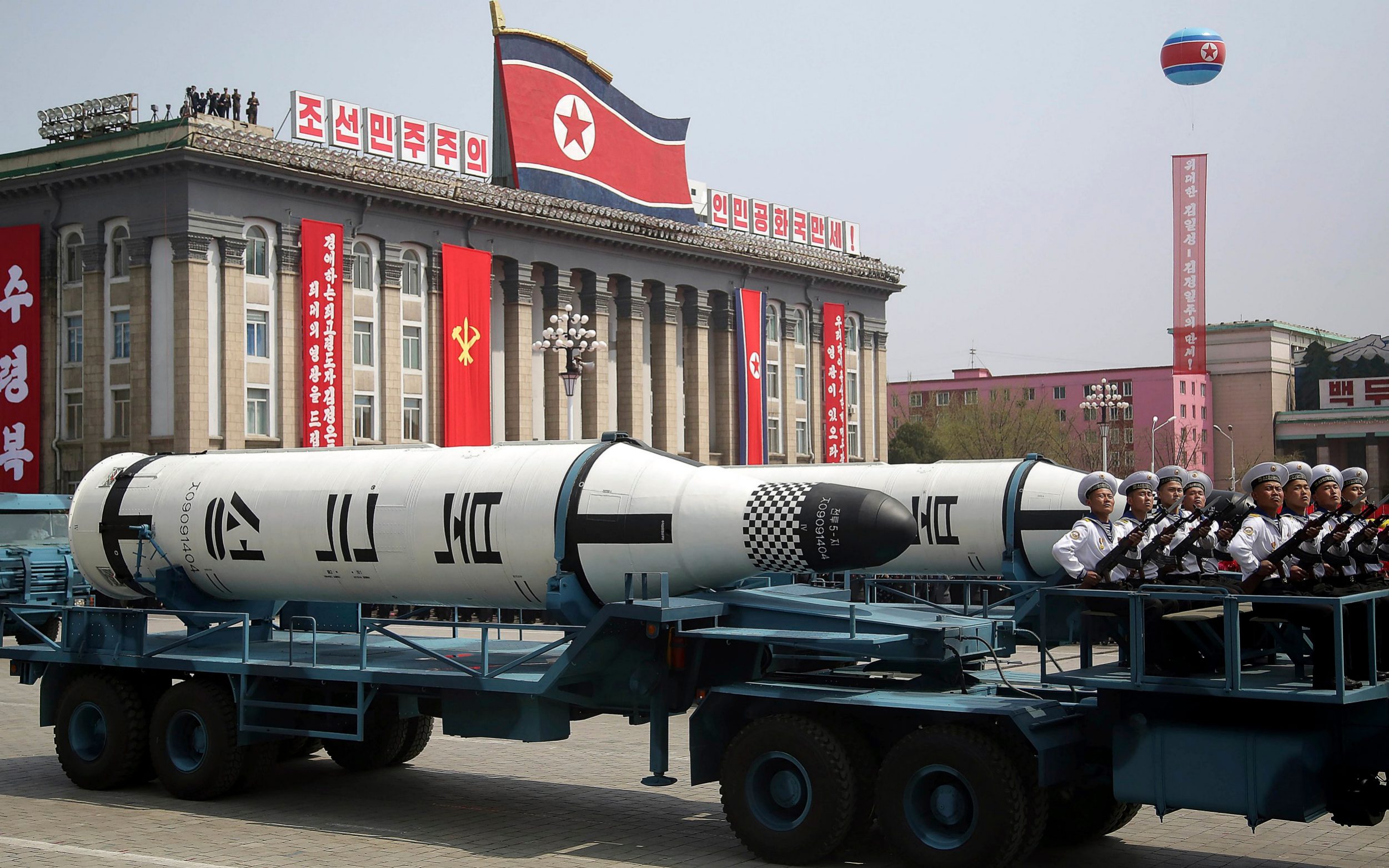 The militarization of the Chinese and North Korean society-organisms (with their own ideas very different from the rest of the world) fits the model's prediction very well, as they are setting up for a future conflict.

So what are the deeper implications of a Global Stagflation?

If a global stagflation does start from 2019, then it implies that economic activity follows a predictable pattern or cycles which are ultimately under the field of metaphysics. Buying and selling is based on desire and the roots of desire lies in the study of metaphysics of the soul and not in study of psychology or the brain. In the ancient past, Jewish prophets made predictions about future events using their intuition which is a metaphysical ability that allowed them to view or tap into their metaphysical society-organism. Our system provides a more scientific way of making predictions because it plots the behavior of each society-organism from the pattern of the outcomes of real events. It would be like spraying powder on an invisible entity to see that entity indirectly, with each speck of powder representing an event, and big blobs of powder representing big events like conflict or crises. 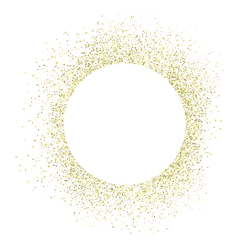 The more event-data is available, the easier it is to reveal the hidden dynamics of the society-organism. This process can be automated with machine learning to create a digital prophet,which is the idea behind ISAIAH.

Western economists and policy makers have no idea of metaphysics, so they do not know the root causes of economic crises, wars, and other negative events and therefore are unable to provide real solutions. Proof is that terrorism still exists and economic crises and inequality are still here. North Korea is still nuclear and China is still grabbing land unjustly.

By tapping into Western metaphysics of David Hume, Adam Smith, Baruch Spinoza and Eastern metaphysics in Hinduism, Buddhism, Sikhism, Taoism, etc., the root causes of any event can be known and the best solutions can be put forward. For the coming crisis for example, Adam Smith clearly points out the cause to be the invention of money and commercial paper instruments which allow value to be controlled by a few people, leading to economic feudalism. The solution therefore is a moneyless government-regulated free trade system which we call social resource allocation.

With all human problems solved, the only problems that remain will be the problems of physics, and that's where our Superphysics comes in.