Ideas As Quanta, Information As Commodities

A major advantage of SORAnomicsis that it is ultimately based on metaphysics, specifically that system of study explained by David Hume, unlike Economics which is based on math.

Since math only measures things that already exist, it has no creative ability, just as a computer program cannot create new programs or even create solutions for its own problems (i.e. fix itself). In turn, this helps explain why Economics is, has, and will be, unable to conclusively solve economic problems. During the planning for the socio-economic system which we called Social Resource Allocation(SORA), one of the biggest considerations is the treatment of data.

Should data be charged?
To whom does data belong to?
Should data and information be treated in the same way?

The policies for data use and storage in SORA will be solid and correct, if it matches the real nature of data and information, which are all merely physical forms of ideas. Therefore, the policy for a piece of data or information must match the nature of idea, which in turn is the expertise of the metaphysician (a SORAnomist must know something about metaphysics and mathematics, or the liberal arts and the practical arts, representing a balance between the subjective and objective parts of dualistic existence, with the subjective or liberal arts or feelings, being the foundation of the objective or practical arts or intellect).

The Finite Divisibility of Everything

"All different ideas are separable."

"It is certain then, that time, as it exists, must be composed of indivisible moments."

Here, Hume explains that everything in its true form is nothing, which is consistent with Eastern philosophy, specifically as sunyata. We use Eastern philosophy to check and verify the maxims of Western philosophers, since the East has studied metaphysics much longer and thus has advanced much further than the West, as proven by the many religions that have originated in India, which are of a very different nature from the religions that sprung from the Middle East, such as Judaism, Christianity, and Islam.

Idea As A Quantum

But our interest here is not the ultimate nature of reality, but the nature of ideas for use as data in information technology.

* We define a quantum as the smallest version of something that can exist independently.
However, unlike the quanta in physics, our purpose of 'quanta'-fication is not for comparison or computation, but for isolation, in order to prevent the natural tendency of the mind to readily connect ideas. Once isolated, then it can be put into different scenarios or observed in various ways. For example, in designing our trading system, we distinguish the data from the quantum of data, and information from the quantum of information.
From here, we can say that ownership of ideas begins at the quantum of information-level, not on the data level since data by itself makes no sense. Since ownership of information is established, then we can isolate it as a commodity, not to establish its buying and selling, but so that we can treat it just like other physical commodities, so that its physical nature can be studied, just as Smith treats people as a commodity for the purpose of studying population and labor trends:

The demand for men, like that for any other commodity, necessarily regulates the production of men. (WN, Book 1, Chap. 8) 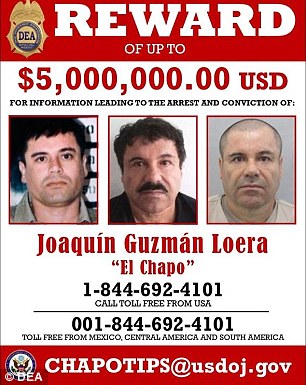 The trading of information occurs in real life, because there is a supply and demand for it

Likewise, the study of the supply and demand for information, as a commodity, will be useful for those working in IT so that they can properly plan the hardware for such information, just as governments study population trends to be able to plan building roads, power plants, etc. It can be also useful for setting up limitations on information use in software and servers. Lastly, it can refine the laws on information. All of these considerations form the information policy of our proposed system.